THE PEACE POETS FROM NEW YORK

… OR YOUNGSTERS AT HIP HOP RYTHM AND THEATER OF THE OPPRESSED

In 2011, as a member of The Peace Poets, I worked with a non-profit organization in Oakland, California called Better Alternatives for Youth (BAY-Peace). I was the Program Leader and it was my life’s work to train 7 interns, our Youth Action Team, in our Instruments of Peace curriculum written by the young people, Susan Quinlan (the Executive Director), and myself, along with facilitating a writing and performance program called Lyrical Circle (West).

The curriculum used the fusion of Hip Hop culture, Theatre of The Oppressed, and Anti-Militarism content to educate young people on educating others about alternatives inlife to military service.

After completing my Masters Degree at New York University (NYU) in Educational Theatre in 2010, I began cultivating the idea that I would love to give young people all the highlights I learned from my Masters program at NYU in a condensed and shorter period of time (four months versus two years) without having to immerse the young people in ridiculous graduate studies debt (I’m personally indebted $130,000 from my undergraduate and graduate studies at NYU). This was the inception of the Instruments of Peace curriculum.

Firstly, I had to have a huge amount of faith in something that this country, the United States, and most of the world at large does not invest in; and that was the belief that young people’s belief and experiential knowledge is valid, important, and that they are extremely intelligent, intellectual, and creative. Secondly, I had to put aside my ego of wanting praise as the teacher, wanting to be in front of the classroom, or wanting to be the sole possessor of all knowledge ready to cast who was right or wrong according to my judgment. I had to believe that the young people were more than capable of creating the culture of a safe space while leading discussions, activities, games and facilitating conversations and dialogues with both their peers and strangers.

I designed the first part of the curriculum in a way where I used Hip Hop culture and Theatre of The Oppressed as the tools to share and process information about the military and militarism. It was a process where young people were given content and we explored what that content meant for us in the context of our lives and experiences. This is vastly different from much academic transfer of information where young people are told and given facts to memorize verses critically analyze and formulate opinions for themselves. For four months, I (along with several amazing artists from HeadRush, artivist Melinna Bobadilla, Pancho Ramos y La Casa de Paz, and others) trained the young people on how to facilitate workshops with young people and adults, how to create plays, beat box, write Spoken Word Poetry, write rap music, and chants, dance and perform their art.

After the initial four months of training, which were facilitated twice a week, the young people had the next four months to pass along their training in another high school and to facilitate workshops for different community events. It seems that the faith I had in the young people being able to digest all the information from my Masters program (reserved for the higher echelons of those with prestigious grades and test scores), the faith in them being valid, important, intelligent, intellectual, and creative– proved more than accurate!

Throughout the second four months with the BAY-Peace youth, where they shared their knowledge and artistic works with others, I am proud to have witnessed one of my 14 year old interns bring her teachers (and myself ) to tears as she flawlessly facilitated workshops to peers her age and older, being in full command of the classroom deconstructing the different oppressions faced by women, the LGBTQi2S community, different racial inequities and so forth. Our young people successfully facilitated workshops in schools where others did not know them, in workshops with adults twice and three times their age, and they moved crowds of people in the Occupy Oakland crowds with their music, dance, and poetry.

It is my belief that literacy or degrees do not alone denote intelligence or validity, but quite the opposite. I am a stern believer in the “each one teach one” philosophy, and that dialogue is what allows for growth, consideration and understanding of others, and ultimately, peace.

The second half of my work with BAY-Peace, which fueled our creativity and really built our close-knit family, was our writing and performance component Lyrical Circle (West). I facilitated LC, as we called it, in the same style that I had learned it. As a youth, I was a member of the non-profit organization The Brotherhood/ Sister Sol and I was a part of their writing program called Lyrical Circle (hence the name “Lyrical Circle West” since I’m originally from the Bronx, New York which is on the east side of the USA and I was facilitating the program in the West side, the Bay area, Oakland, California). LC provided a safe space for youth to write spoken word poetry and rap music, completely uncensored, and really have a place where we could express our inner-most thoughts, feelings, experiences, and challenges of life growing up in New York City. Most of the people who were part of our Lyrical Circle crew are currently educators, teachers, international performers, and social justice activists.

I tried to create this same space at Lyrical Circle (West), where many of my young people had been going through many of the same issues I grew up with, including alcoholism, domestic violence, substance abuse, growing up in the culture of poverty, and so on. These youth were from mixed ages, diverse racial backgrounds, beliefs, and all had different grades in school, some excelling and others struggling.

To me this is so crucial to note, because these are the same young people who have been able to go into a classroom of adults and successfully facilitate what it has taken adults years to master. The foundation is on recognizing validity in our youth, their stories, their experiences, the genius in them, and our collective inherent right as artists and creators. What we have a shortage of is the collaborative spirit, spaces for authentic expression, and the willingness to hear others not just adults, or those who are the wielders of knowledge, or those who we have labeled as “right” or “wrong.” These are the experiences that hold true for me working in the classroom, in prisons, at universities, and community spaces internationally.

Abraham Velazquez (A-B-E) is a performer, recording artist and beat boxer. The Peace Poets are a collective of artists that celebrate, examine and advocate for life through music and poetry. Our art can take you on a journey from the Boogie Down to Berlin, from the border to the bodega. Hailing from the Bronx, our style emphasizes lyricism, rhythm and authenticity. 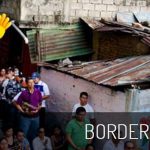 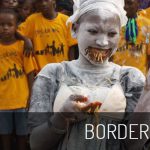 BOCAMANDJA, BELIEVING IN THE MAGIC OF ARTSin categoría