A school. In the Netherlands. Because the study I chose wasn’t available in my own country, Belgium. Theatre in Education, to become a teacher of theatre. I always had a passion for theatre, but not only for the medium it self, but also for the transmission of it. A regular acting or directing course as they existed in my own country, wouldn’t do. In the Netherlands they were seven official theatre schools which offered the formation, with all their own signature. I chose for Utrecht, which promised to have a physical approach of the medium theatre. I was curious.

Already for the first week on the school I noticed a few things: their practical approach and strong culture of feedback. The first year existed out of 5 base lines: moving, playing theatre, making theatre, teaching and research. There were some theoretical classes, but most of the time I was jumping around in jogging suit, observing existing theatre courses for non-professionals in the field or already developing workshops or a play for external costumers. They trusted us, even though we were first year students. It gave me the space to experiment and play without much fear of failing, because of this trust. During the classes the students gave feedback to each other and there was a system of regular written self reflections. It gave me the tools to learn to look objective to myself and others and start to give specific words to what I felt and noticed.

The second and third year were less focused on the own instrumental development of the student and more on building a bridge from the own fascination and expertise to working with non-professionals. From now on a strong independence of the student was asked. No one in class was still going the same journey, we worked almost all on our own island. I ran a year weekly internship in two different high schools where the students were obliged to follow the course of drama as a social, emotional and creative development. Theatre not as an objective, but as a method. It was hard. I was confronted with big classes of 30 students in full puberty, where the most of them didn’t had a lot of motivation to follow this course. I had to become creative in class management and had to search for my own methods to communicate my passion. I still remember the satisfaction when my students after some months finally started to play with pleasure. When their imagination started to live and their bodies started to talk.
Near to this educational internship we continued with developing further our own personal signature as a theatre maker, doing theoretical research and developing workshops or performances for external organizations. This projects were very important. We worked almost always interdisciplinary with other fields of theatre as writers or designers, but also with art students of other fields as visual arts or music. This work was always organized in a horizontal way  without hierarchy. I learned to analyze group processes and how to face the problems coming along with this kind of work. These interdisciplinary projects were the most horrible and beautiful things I did during my education. Sometimes suddenly it came together and we enriched each other in a way we were more together than the sum of each individual in the group. Sometimes it didn’t happen.

In the summer between the third and forth year, we had to ran an international internship for at least 3 months. My classmates and I flew out all over the world to explore the international educational theatre field. I participated in the Young IDEA congress in Paris and ran an internship in two social artistic organizations over there. Inspiring, I came back with a suitcase full of rich experiences.

The final year of the education was completely focused on the students own fascination and how to communicate this vision to the world. We were free to choose an internship, had to make our own play and write a thesis. These three elements had to be connected by a coherent line. During the years before my passion for working with kids for an adult audience appeared. It was a self evident choice to choose them for my graduation work.

The focus on independence and the students own artistic research made that all of my class graduated with completely different work. A play with illegal refugees, a side specific performance, a classic Greek tragedy,… diversity was our signature. We all became strong personalities who knew there own possibilities and no-go’s. I think the most important knowledge this education gave me is the awareness of my own strengths, weaknesses and the development of my own methods to come to artistic work.

Noëmi Degrauwe graduated in 2014 as Bachelor in Theatre in Education at the University of Arts Utrecht (HKU). Currently she is working as a theatre maker, teacher and performer in Brussels. 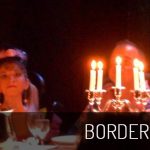